Dali and Donne on the Ascension 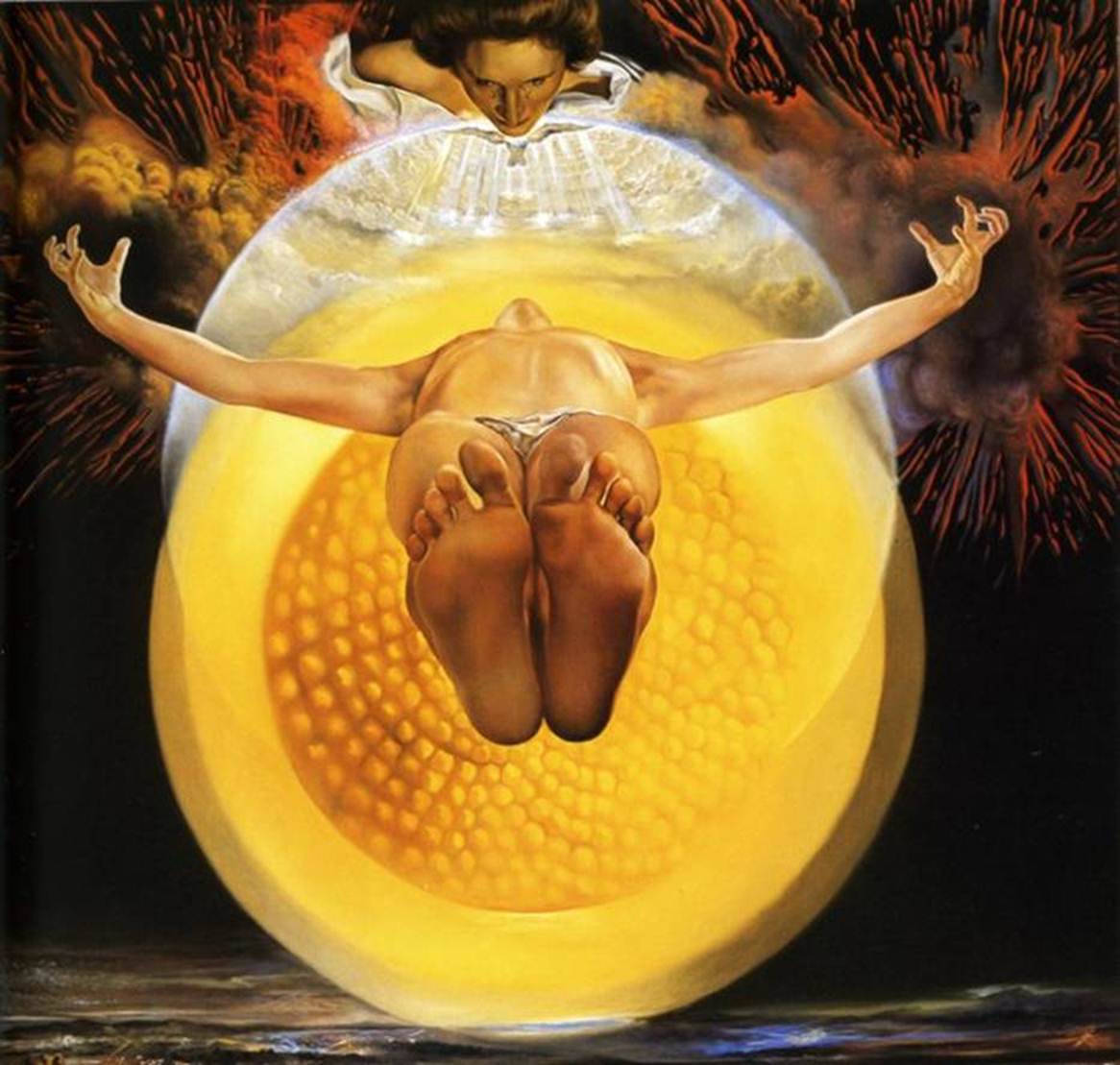 Artists across the ages have taken on the challenge of representing the Ascension of Jesus (which we celebrate this weekend), both in image and in words.  Above is Salvador Dali's painting of this event; below, verses by John Donne on the theme.

Salute the last, and everlasting day,
Joy at the uprising of this Sun, and Son,
Ye whose true tears, or tribulation
Have purely wash’d, or burnt your drossy clay.
Behold, the Highest, parting hence away,
Lightens the dark clouds, which he treads upon;
Nor doth he by ascending show alone,
But first He, and He first enters the way.
O strong Ram, which has batter’d heaven for me!
Mild lamb, which with Thy Blood has mark’d the path!
Bright Torch, which shinest, that I the way may see!
O, with Thy own Blood quench Thy own just wrath;
And if Thy Holy Spirit my Muse did raise,
Deign at my hands this crown of prayer and praise.

For an analysis of both the image and the poem above, click here:  “Understanding the Ascension through Art.”

Image source
Poem source
Posted by OLMC at 6:00 AM No comments:

Go, therefore, and make disciples of all nations...

The disciples were maybe just a little freaked out when Jesus ascended to heaven before their very eyes, and justifiably so, don’t you think?  It may be that Psalm 27 came to mind:  God mounts his throne to shouts of joy…  but one suspects the apostles’ mouths were simply gaping open in concern as Jesus was taken up from their sight.  Note the question of the men in white standing nearby:  Why are you standing there looking at the sky? Were the disciples really expecting this? Now what?

Jesus is gone, ascended to heaven, but he has promised to send his Spirit to them.  In this Sunday's reading from Acts, we learn that Jesus spoke at length to the apostles about the kingdom of God before his Ascension.  He had already taught them to pray, Thy kingdom come… on earth as it is in heaven.  On earth, not just in heaven.  Wait, what's that about?  Well, first, the disciples know – as should we – that, as king over all the earth, Jesus remains engaged with all of us, in the here and now, so long as we open our hearts to his presence there, to the presence of the Spirit, allowing God to rule over our hearts.  Then we can know him, and know his kingdom, as the Spirit of wisdom and revelation opens us to embrace the world in which we live and to reveal God’s love to that world.  We can work to be be that kingdom.

May the eyes of your hearts be enlightened, Paul writes in Ephesians.  Meaning:  may your hearts be involved in the world around you, so that the Church, a community of believers, may in turn be the heart of God’s kingdom on earth.  Through our common identity and union in Christ, we as a Church are charged with a mission, namely, to make Christ present to the world by allowing God to work in us, just as he promises the disciples in our Gospel from Matthew:  Go, therefore, and make disciples of all nations, [for] I am with you always…  One in Christ, they are to baptize, preach, and teach – and so are we.  Offering us his infinite love, the surpassing greatness of his power, God can accomplish miracles through us for the good of the kingdom.

It’s time to get grounded, to take our eyes from the sky, and get to work!

There is no justice in love 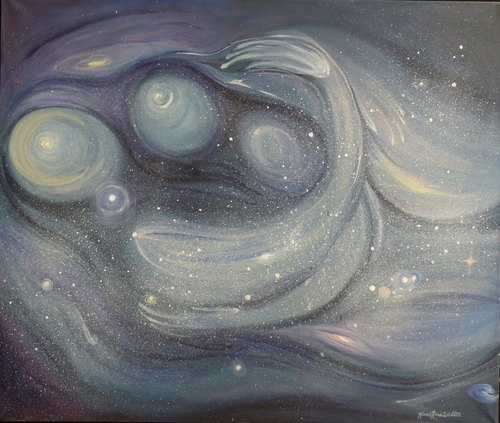 There is no justice in love, no proportion in it, and there need not be, because in any specific instance it is only a glimpse or parable of an embracing, incomprehensible reality.  It makes no sense at all because it is the eternal breaking in on the temporal.  So how could it subordinate itself to cause or consequence?

Love is holy because it is like grace – the worthiness of its object is never really what matters.

Image source
Quote source
Posted by OLMC at 6:00 AM No comments:

In Psalm 66, God’s tremendous deeds cause the people to cry out to God with joy, to sing prayers of praise to God’s name.  Prayer is their first impulse, and their most true one, for it is through prayer that the people of Israel open their hearts and maintain their relationship with the God who loves them.

How much more joyful can our prayers be, then, when we open ourselves to the love sent by God in the form of his Son Jesus?  In our reading from John’s Gospel this Sunday, Jesus gently explains that, while his death may be imminent, the disciples need not fear:  you are in me and I in you, Jesus explains.  It is a reassuring statement, one grounded in a love that is shared in a myriad of ways:  whoever loves me will be loved by my Father, and I will love him and reveal myself to him.  Love is the connection, the intangible bond that allows Jesus to be sanctified, as 1 Peter states, as Lord in our hearts.  It is love that allows us to be obedient, for obedience flows freely from love.  It is love that allows us to deal kindly with our neighbors, treating them with gentleness and reverence even when we are maligned.  It is love that heals our brokenness, reconciling us – as Philip reconciled the Samaritans with the Jews in our reading from Acts – with one another, breaking down the barriers we erect between self and other, so that all may be one, one in the Father, one in Jesus Christ.

In the joy born of that love, then, let us return to the prayer of the psalmist, as we recognize that, of all the tremendous deeds of God on this earth, the most tremendous of all is the Love He sent, the Love we embrace, the Love that is the reason for our hope, the infinite Love we are called to share with all.

Shout joyfully to God, all the earth...

Song of the Body of Christ

What does it meant to be the Body of Christ?

Song of the Body of Christ
(David Haas)

We come to share our story, we come to break the bread.
We come to know our rising from the dead.

We come to heal the broken, to be hope for the poor,
We are called to feed the hungry at our door.

Bread of life and cup of promise, in this meal we all are one.
In our dying and our rising, may your kingdom come.

You will lead and we shall follow.  You will be the breath of life.
Living water, we are thirsting for your light.

We will live and sing your praises.  Alleluia is our song.
May we live and love in peace our whole life long.

(This song is available on "You Are Mine:  The Best of David Haas.  Volume 2.")
Video source
Posted by OLMC at 6:00 AM No comments:

I Entered Where I Did Not Know I Entered Where I Did Not Know

I entered where I did not know,
And there remained, unknowing,
All reason now transcended.

I did not know the door
But when I found the way,
Unknowing where I was,
I learned unheard of things,
But what I heard I cannot say,
For I remained unknowing,
All reason now transcended.

My knowledge was fulfilled
With serenity and peace.
In deepest solitude
I found the narrow way:
A secret giving such release
That I was left there stammering
All reason now transcended.

I was so fully drunk,
So dazed and far away,
My senses were released
From feelings of my own.
My mind had found a surer way
A knowledge of unknowing,
All reason now transcended.

And he who does arrive,
Collapses as in sleep;
For all he knew before
Now seems of little worth,
And so his knowledge grows so deep
That he remains unknowing,
All reason now transcended.

The higher he ascends,
The darker is the wood;
It is the shadowy cloud
That clarified the night,
And so the one who understood
Remains at last unknowing
All reason now transcended.

The knowledge by unknowing
Is such a soaring force
That scholars argue long
But never leave the ground.
Their reason always fails the source:
To understand unknowing,
All reason now transcended.

This knowledge is supreme
And meets a blazing height,
Though formal reason tries,
It crumbles in the dark.
For one who would control the night,
By knowledge of unknowing
He will have all transcended.

This is my final word.
The highest learning leads
To an ecstatic feeling
Of the most holy Being;
And from his mercy comes his deed:
To make one stay unknowing,
All reason not transcended.

This poem can be found in both Spanish and English in Spanish Poetry:  A Dual Language Anthology, 16th-20th Centuries, Ed. Angel Flores; Trans. Willis Barnstone.  Dover, 1998.
Image source
Posted by OLMC at 9:30 AM No comments: