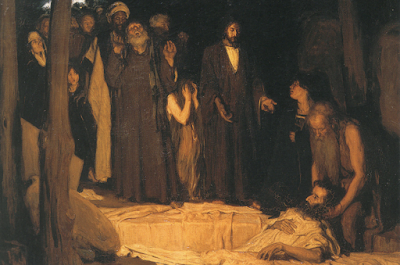 If you do not live
what you believe,
you will end up believing
what you live.

Your death, died once, must all be died again (C.S. Lewis) 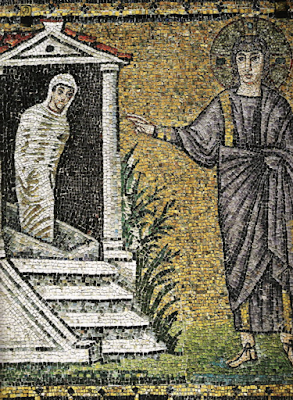 But was I the first martyr who
Gave up no more than life, while you,
Already free among the dead,
Your rags stripped off, your fetters shed,
Surrendered what all other men
Irrevocably keep, and when
Your battered ship at anchor lay
Seemingly safe in the dark bay
No ripple stirs, obediently
Put out a second time to sea
Well knowing that your death (in vain
Died once) must all be died again?

The faith that has filled her soul (Alan Anderson) 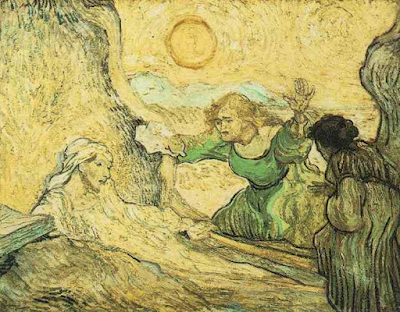 Martha, in my view, gets something of a bad rap… There’s often a certain reductionism at work here.  We read the Martha and Mary story and equate Martha with the world and Mary with the spiritual…

It’s as if the only thing we knew about St. Peter were his three-fold denial of Christ on Good Friday while ignoring his proclamation of Jesus as the Son of God, his twenty-give years as the first pope, and his crucifixion – upside-down.

Remember, the Martha in Luke 10 has just met Jesus.  In fact, Luke is very clear that it was Martha who initially opened her home to Jesus.  By the time of the events recounted in John’s Gospel, Mary, Martha, and Lazarus have become Jesus’ good friends.

[In the story of the raising of Lazarus,] hearing Jesus is coming, Martha, being the forthright woman of action to whom we were introduced in Luke, goes to meet him while, interestingly, Mary stays home.  But it’s her first words, so Martha-ish in their directness, which proclaim the faith that has enthralled and filled her soul since we first met her in Luke.  She bluntly, with at least a hint of admonishment on her own part, states, Lord… if you had been here, my brother would not have died.  But I know that even now God will give you whatever you ask.

Surely such faith can only result from Martha becoming like Mary while still remaining so quintessentially Martha…. It is beautiful to watch the different approach Jesus takes with these two saintly women.  With Martha, he appeals to the intellect, asking her if she believes He is the Resurrection.  She responds in a way similar to Peter, Yes, Lord, I believe that you are the Christ, the Son of God, the one who was to come into this world (v.27).  With Mary, He takes a different approach.  Mary declares, like Martha, that had Jesus been there, her brother wouldn’t have died. But Jesus responds totally differently to her – he weeps.

Here, writ large, is the Mystery of the Incarnation. Jesus is God (Martha), and Jesus has become Man and entered into our suffering (Mary).
--Alan L. Anderson, A Word in Defense of Martha